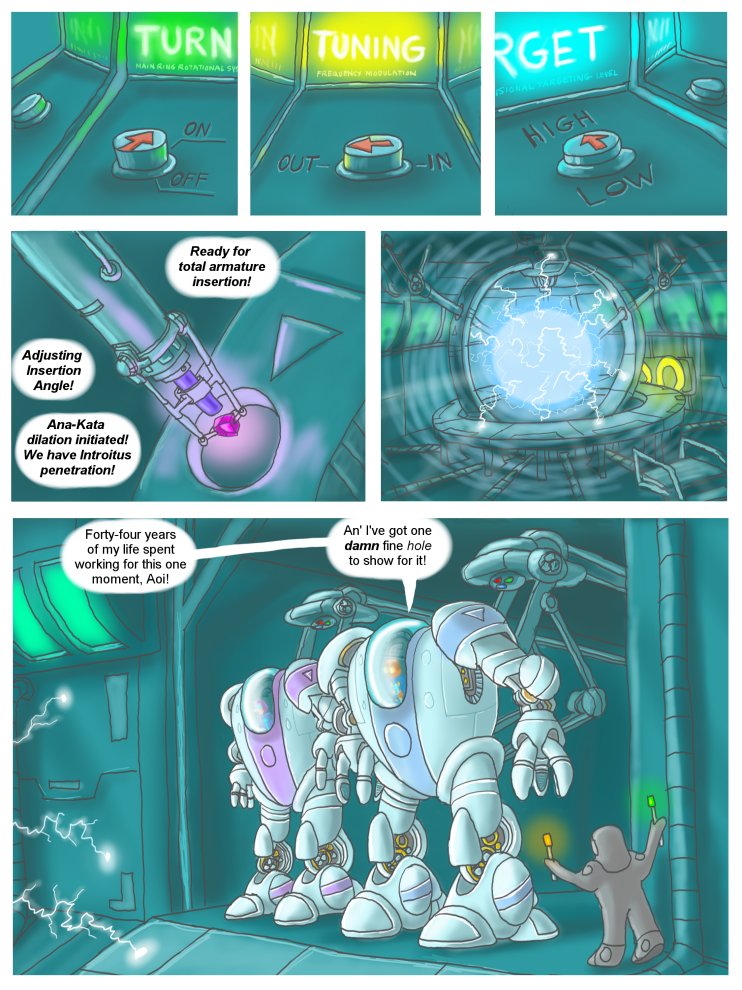 PAGE FOOTNOTES: A four-dimensional hole in spacetime would appear as a three-dimensional sphere, rather like a mirrored ball...only the image seemingly reflected and distorted upon the mirror ball would be of wherever the other side of the wormhole opened out to and not, as would be the case with a simple mirror, the ordinary world around the ball.

There might also be some other effects, such as disruptions of energy around the borders of the spherical hole, especially if the hole opened up to a universe with different physical laws, or alien conditions in general.

It would be a rather wise idea to travel to other, alien universes in a safe, self-contained environment, which is why using pressurized, sealed mech-suits with several completely different power systems is a smart move on the part of Dr. Nakimono and Dr. Aoi. It's also smart to remain tethered, for a quick recall, if needed.